Since graduating with a degree in the Performing Arts, Dawn has gained considerable experience working in a number of roles within the theatre and events industries in the UK, the West End, touring internationally and within Australia.

Dawn has been the General Manager for Martin Production Pty Ltd since founding the company in 1999 with her husband and business partner Richard Martin and is proud to be a founding Director of ShowLoop.

SHOWLOOP: What is your job title and who are you employed by?

DM: I am a freelance theatre and event practitioner experienced in abroad range of roles including stage management, resident direction, company management and producing. I am also General Manager for Martin Production Pty Ltd and a Director of ShowLoop.

SHOWLOOP: When did you start working in Theatre/Events and what was your first job?

DM: Having graduated with a degree in the Performing Arts in 1983 my first paid professional job was doing wardrobe maintenance on a tour of England with Century Theatre, a small touring repertory company based in the north-west. Shortly after starting with Century Theatre I was offered an ASM position with an Equity Card which was a big deal at the time as back then you had a to have a card to work in the industry.

SHOWLOOP: Did you have any industry specific education or training?

DM: My degree in the Performing Arts gave me a good grounding in the history of theatre and theatre production, how theatre developed into its various forms today, an understanding of the translation of text into performance and performance technique for dance and drama. Although I had a great three years at Nonington College my degree has never actually been instrumental in getting a job! The best training has been ‘on the job’ training enabling me to learn the industry from the bottom up – starting as an ASM in regional touring, working on large-scale commercial musicals in the West End and then working in Australia and internationally directly on shows and in the production office. I am still learning…

SHOWLOOP: What have been your career highlights?

DM: I have been extremely lucky that my career has allowed me to work in different genres and in many countries across the world. There have been many career highlights, but if I had to pick a few they would be:

SHOWLOOP: What are your career aspirations?

DM: I don’t have career aspirations – I just consider all opportunities that come my way and decide if they’re for me or not…

SHOWLOOP: What impact did the Covid-19 induced industry lockdown have on you?

DM: The biggest impact on me personally was being let go from my position as Producer with Opera Australia last July after 6 months of intensive planning for The Phantom of the Opera came to nothing with the cancellation of the seasons in Sydney and Melbourne. A big impact on the industry that I am currently aware of is the fact that many skilled and experienced stage crew and production staff for various reasons have left the industry. Producers and Technical Directors are now struggling to recruit and keep skilled, experienced staff on their productions. In my view the best training for these positions is acquired ‘on the job’ and over time but sadly there are few opportunities for this level of training and the Industry is the worse for it.For me, working in theatre and events has always been a vocation, a life-style choice and I have always considered myself lucky to work in this environment. Unfortunately, some now seem to view it as just another job but with inconvenient hours. Now more than ever the industry needs skilled experienced and committed workers to keep the curtain up and the industry alive.

SHOWLOOP: What projects are you currently working on?

DM: I am currently employed as Production Associate for Harry Potter and the Cursed Child.Next month I move on to Mary Poppins as Company Manager.

DM: ShowLoop was created during lockdown in an attempt to disrupt and bring into the 21st Century the way recruitment is carried out in the theatre and event industry and to give theatre and event workers a platform to showcase their skills and experience:

The OGs seem reluctant to recruit by any other means than word of mouth but we are optimistic that the ‘Next Gen’ will embrace the concept and use it to their advantage! ShowLoop (like my career) is very much a work in progress so any suggestions for development and improvement are very welcome… 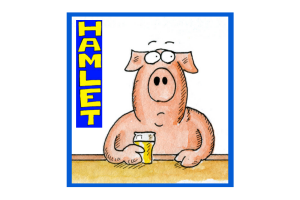 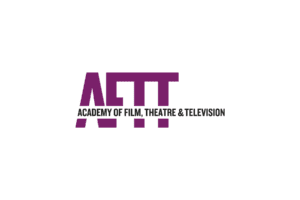 Introducing the AFTT Class of 2021